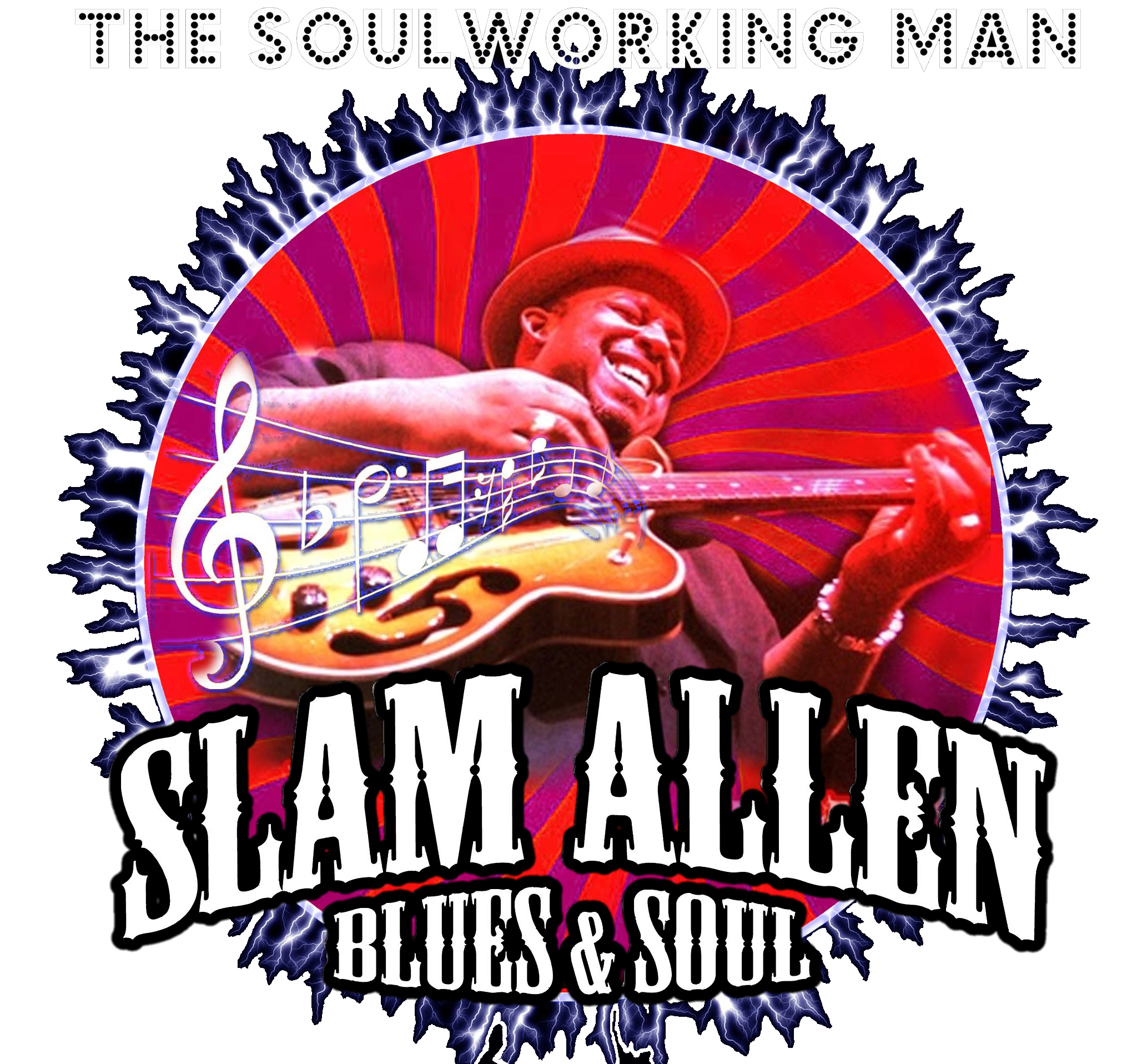 The internationally renowned Slam Allen is a messenger of love. This dynamic entertainer uses the genres of Blues, Soul, R&B, and a touch of Rock and Roll to deliver powerful soul stirring performances! Slam captures you with a voice that echoes Otis Redding, a guitar that immerses you in B. B. King and stage energy reminiscent of James Brown, all while captivating you with his own original music!

Growing up, Slam played drums for the family soul band “The Allen Brothers” and later on, learned guitar from his Dad, Harrison Allen and his Uncle, Cecil Allen. As he progressed in their eyes, the family knew they had a special talent to nurture! Today, with 6 cd's to his credit, Slam Allen crisscrosses the globe playing festivals from Argentina to New York, from Italy to Florida, from Switzerland to Chicago, and beyond.

This gifted musician and entertainer was the lead singer, lead guitarist and band leader for the legendary Grammy-nominated James Cotton. "Playing with Cotton was such a great experience for me! There are things I learned from him that you can't learn from any school. It was a great honor!” says Slam.

In 2010, Slam Allen had the distinction of being chosen by Norwegian Cruise Line for the inaugural launch of the Norwegian Epic, and the official "Fat Cats" house band - the first full-time Blues and Soul artist on a National Cruise Line. With Slam at the helm, the band quickly developed an incredible rapport with guests. People wanted to be entertained six nights a week and Slam delivered his unique brand of entertainment for 5 years!

Today, Slam Allen continues a national and international mission to fill his audiences with joy, happiness, and love. “If I can entertain the people, make them happy and inspire them to stay positive about life, I have done my job!”  This is Slam Allen’s message of love to the world!

Request Slam for your Festival, Wedding, Gala, or Cruise